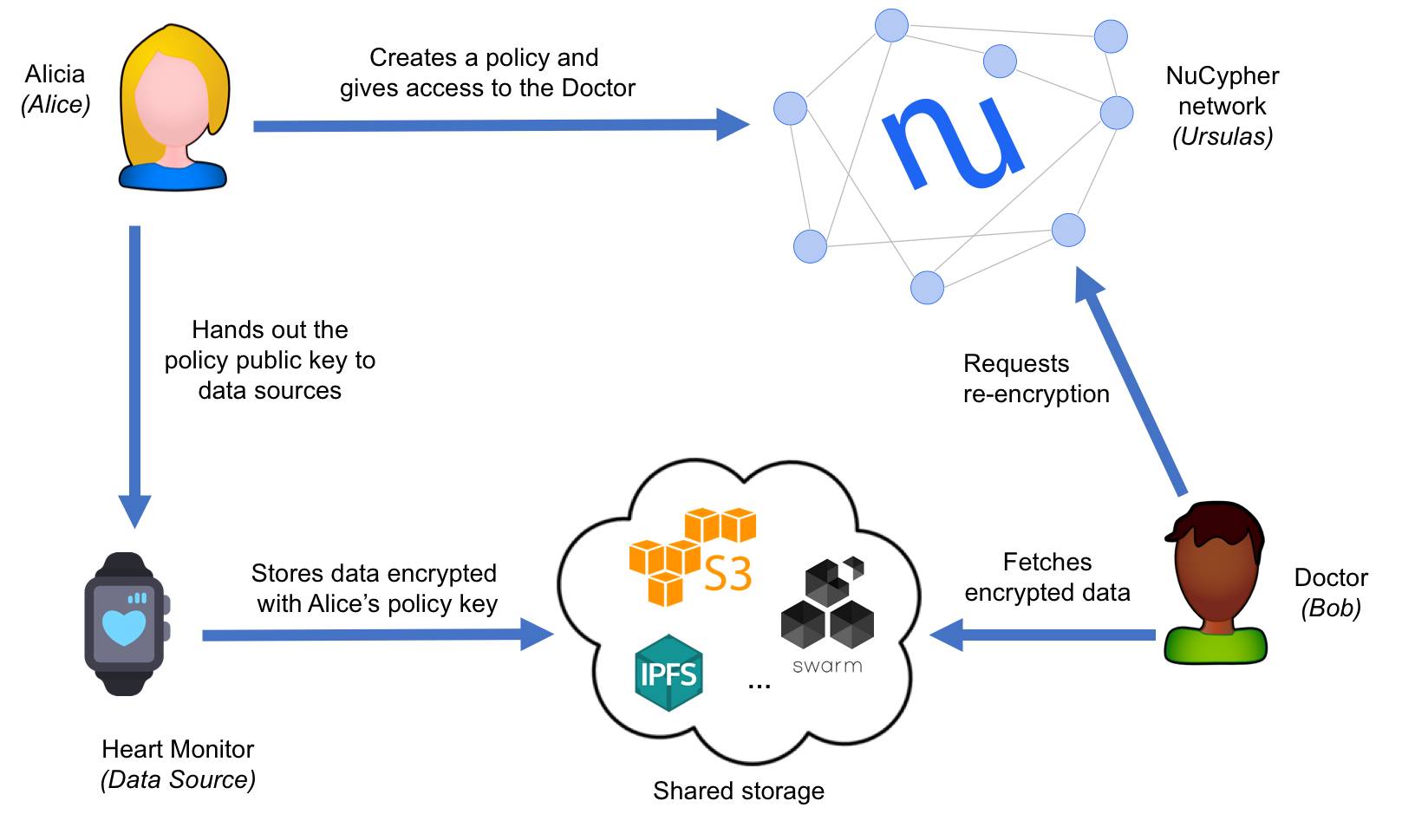 Alicia has a Heart Monitor device that measures her heart rate and outputs this data in encrypted form. Since Alicia knows that she may want to share this data in the future, she uses NuCypher to create a policy public key for her Heart Monitor to use, so she can read and delegate access to the encrypted data as she sees fit.

The Heart Monitor uses this public key to produce a file with some amount of encrypted heart rate measurements. This file is uploaded to a storage layer (e.g., IPFS, S3, or whatever you choose).

At some future point, she wants to share this information with other people, such as her Doctor. Once she obtains her Doctor’s public keys, she can create a policy in the NuCypher network granting access to him. After this, her Doctor can read the file with encrypted data (which was uploaded by the Heart Monitor) and request a re-encrypted ciphertext for each measurement, which can be opened with the Doctor’s private key.

This simple example showcases many interesting and distinctive aspects of NuCypher:

The actors in this example can be mapped naturally to Characters in the NuCypher narrative:

Acquire the nucypher application code and install the dependencies:

Assuming you already have nucypher installed with the demos extra, running the Heartbeat demo involves running a local fleet of federated Ursulas in the examples/ directory, and executing the alicia.py and doctor.py scripts contained in the examples/heartbeat_demo directory.

First, run the local fleet of federated Ursulas in a separate terminal:

This provides a network of 12 local federated Ursulas.

This will create a temporal directory called alicia-files that contains the data for making Alicia persistent (i.e., her private keys). Apart from that, it will also generate data and keys for the demo. What’s left is running the doctor.py script:

This script will read the data generated in the previous step and retrieve re-encrypted ciphertexts by means of the NuCypher network. The result is printed in the console: